A longtime resident of Ann Arbor, Bobbi Heilveil retired after many years of working as a House Director in one of the sororities located near the University of Michigan’s main campus. She began her journey with International students when her youngsters were teenagers by participating in an exchange program sponsored by Youth For Understanding. She and her husband, David, hosted 10 teens from Europe and South America over a ten year period. Her youngest son, Jeff, also spent 6 months in Australia in that program. 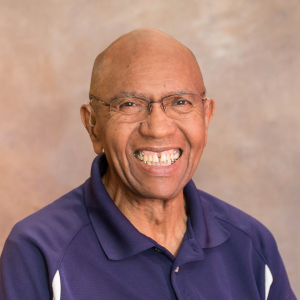 Stoney’s background is in the Detroit auto industry. He currently manages IHAA property, maintains the building and handles all repairs as needed. He serves as an anchor of familiarity to all the residents who have come to know him.

Lauren brings fresh insights and an interdisciplinary approach to her Development and educational roles at IHAA. Her credentials include a doctorate in Urban, Technological, Environmental/Educational Planning from the University of Michigan, a Master’s degree in Philosophy from York University, Toronto, a Certificate in Gaming-Simulation Design from the University of Michigan, and ordination as an Interfaith Minister from All Faiths Seminary, NYC. She has experience consulting, training, and teaching in both the corporate and nonprofit sectors. She has taught at higher and lower institutions of education in subjects ranging from gaming, philosophy, psychology, interfaith, art, religion, and ethics. She also led a congregation of families with Jewish roots and Interfaith wings and lived abroad on two occasions.